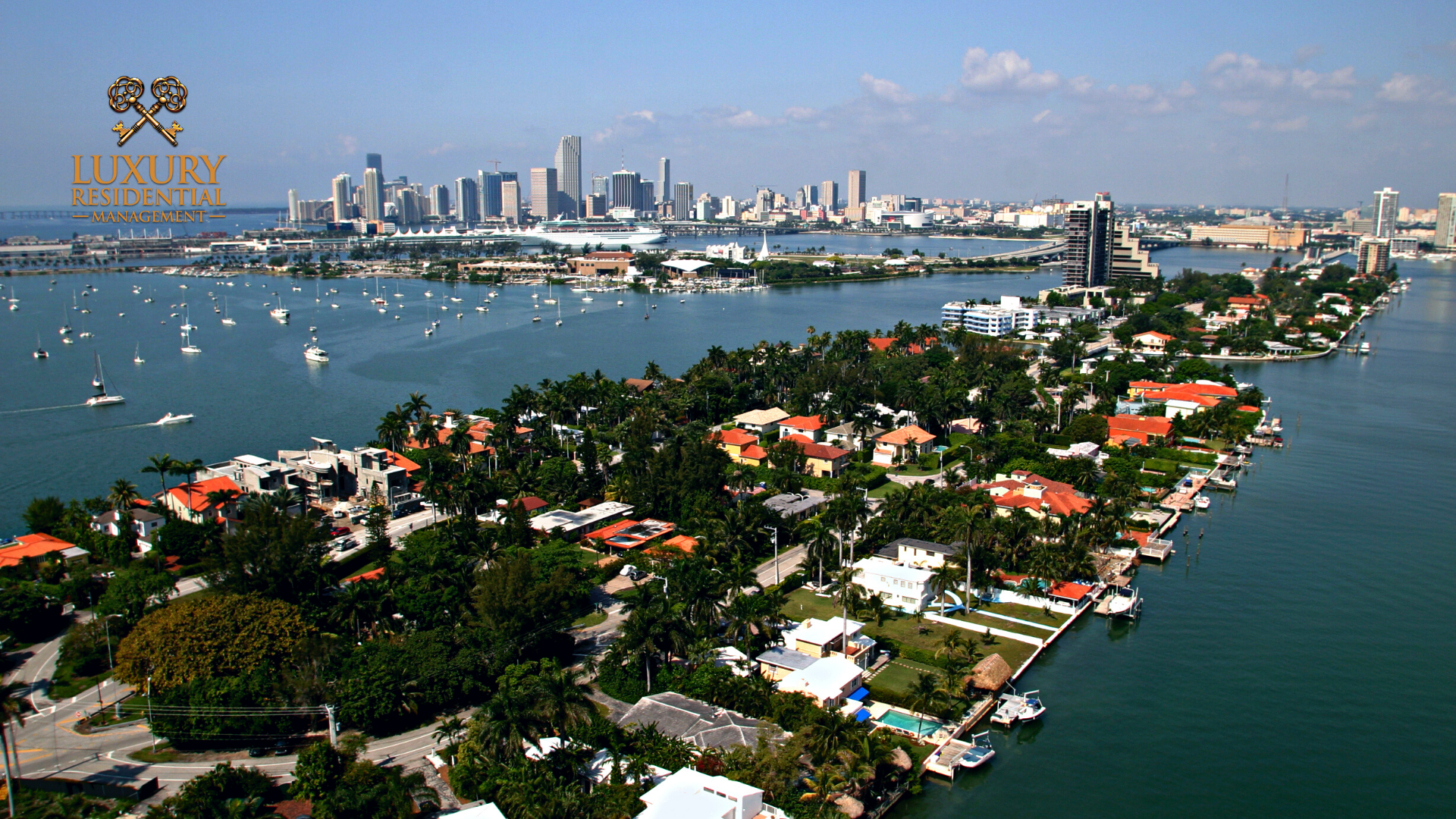 People migrating from places with high taxes frequently search for Miami Beach Waterfront Mansions. According to Ocean Drive magazine, Californians prefer the Venetian Islands because of their walkability and bohemian atmosphere. They want to merge lots or, occasionally, build enormous mansions on combined lots. Venture capitalist Jim Goetz, a partner at Sequoia Capital, who was a major investor in WhatsApp before selling it to Facebook for $19 billion, real estate developer Robert Zangrillo, whose Dragon Global is building Magic City, and The Huffington Post cofounder Ken Lerer are among the owners of the islands.

Although there has always been a lot of money on North Bay Road, Business Insider reports that an increasing number of hedge funds and extremely affluent corporate people are now purchasing these houses. Among them are wealthy founders of the Rockstar energy drink and Barry Sternlicht, the founder and CEO of Starwood Capital Group. Michael Stern, a developer from New York, most recently paid more than $10 million for a beachfront property. 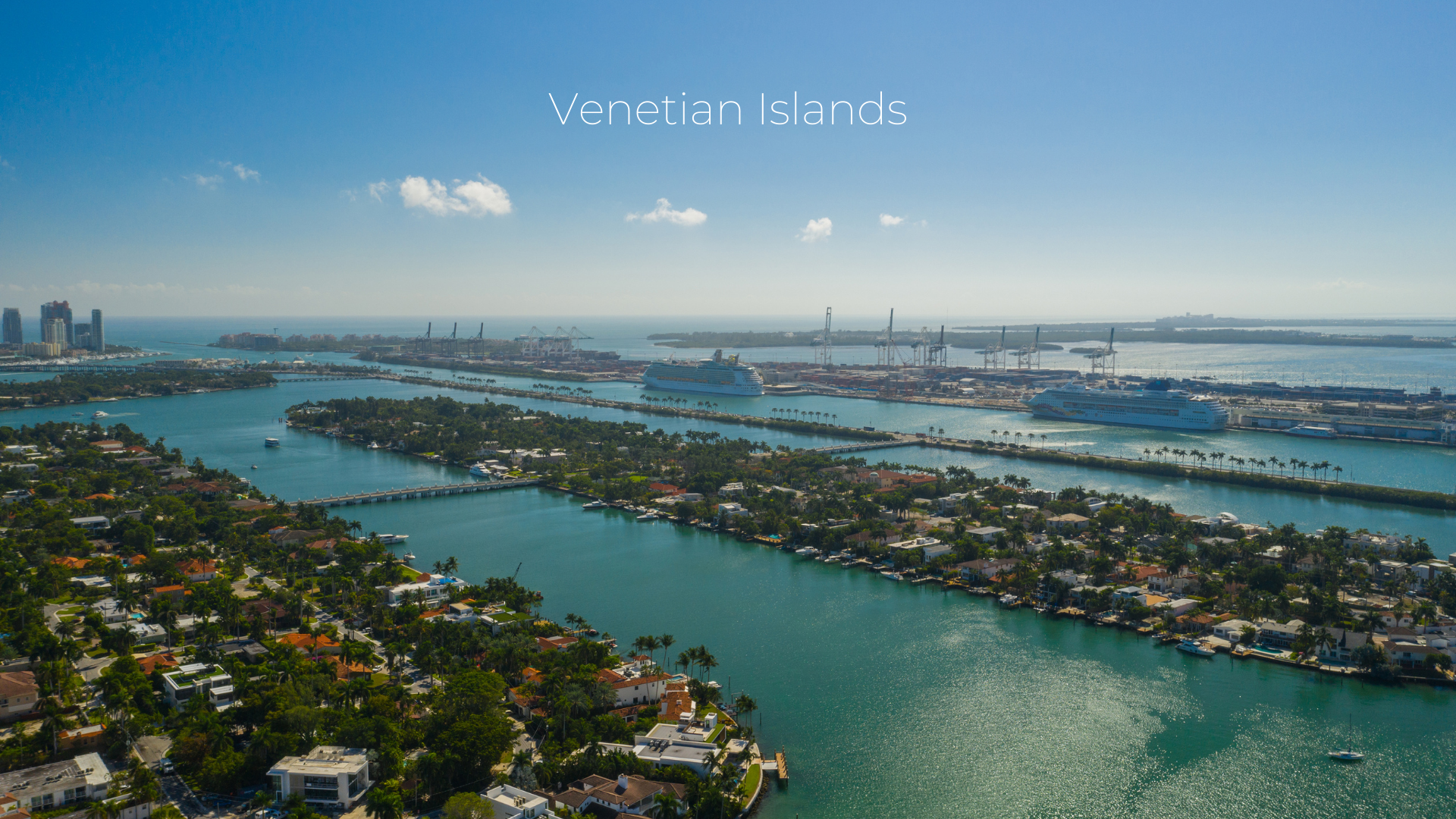 Six artificial islands known as The Venetian Islands may be found in Biscayne Bay between Miami Beach and Midtown/Edgewater. The Venetian Causeway, a private toll road between Miami's mainland and the Beach, connects the islands.

Due of the numerous beachfront sites, purchasers are drawn to the Venetian Islands. Investors recently seized vacant sites or demolished houses to build brand-new modern mansions, which are wanted by today's consumers.

Numerous houses: Di Lido Island is the largest populated island, with around 200 dwellings. The size of the homes ranges from 1,500 to 10,000 square feet. 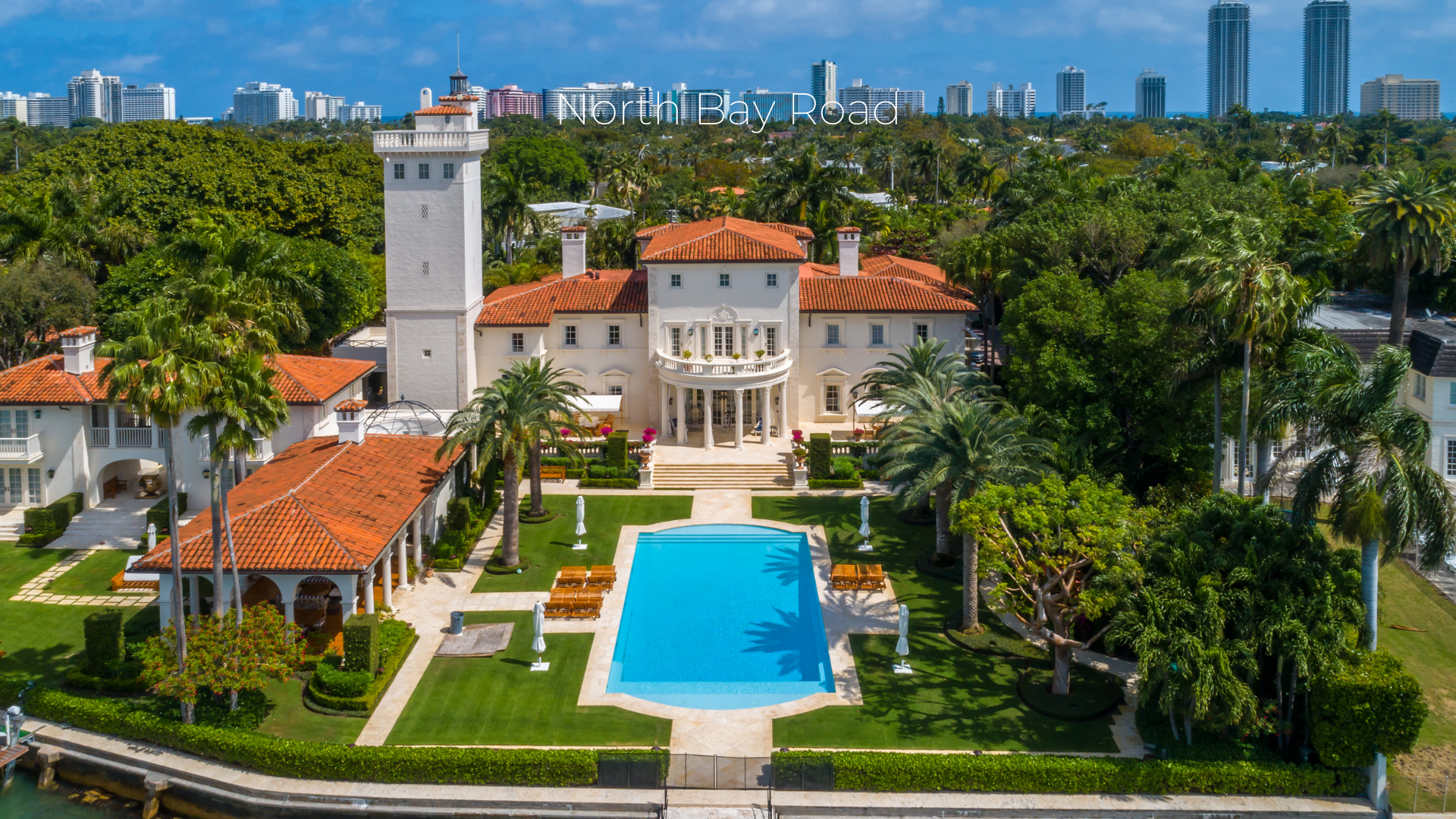 Miami Beach's famous North Bay Road runs from 20th street all the way up to W 63rd street. Because there are so many beachfront properties on this street, it is quite popular. Similar to the Venetian Islands, investors have purchased many of the dilapidated homes or vacant lots and built opulent and modern Miami mansions on many of these vast, 20,000+SF waterfront properties.

While some could contend that the southern portion of North Bay Road, around 20th Street, is preferable because it is closer to Sunset Harbour and has better views, others might claim that the northern portion, above 41st Street, with its bigger lots, is superior. 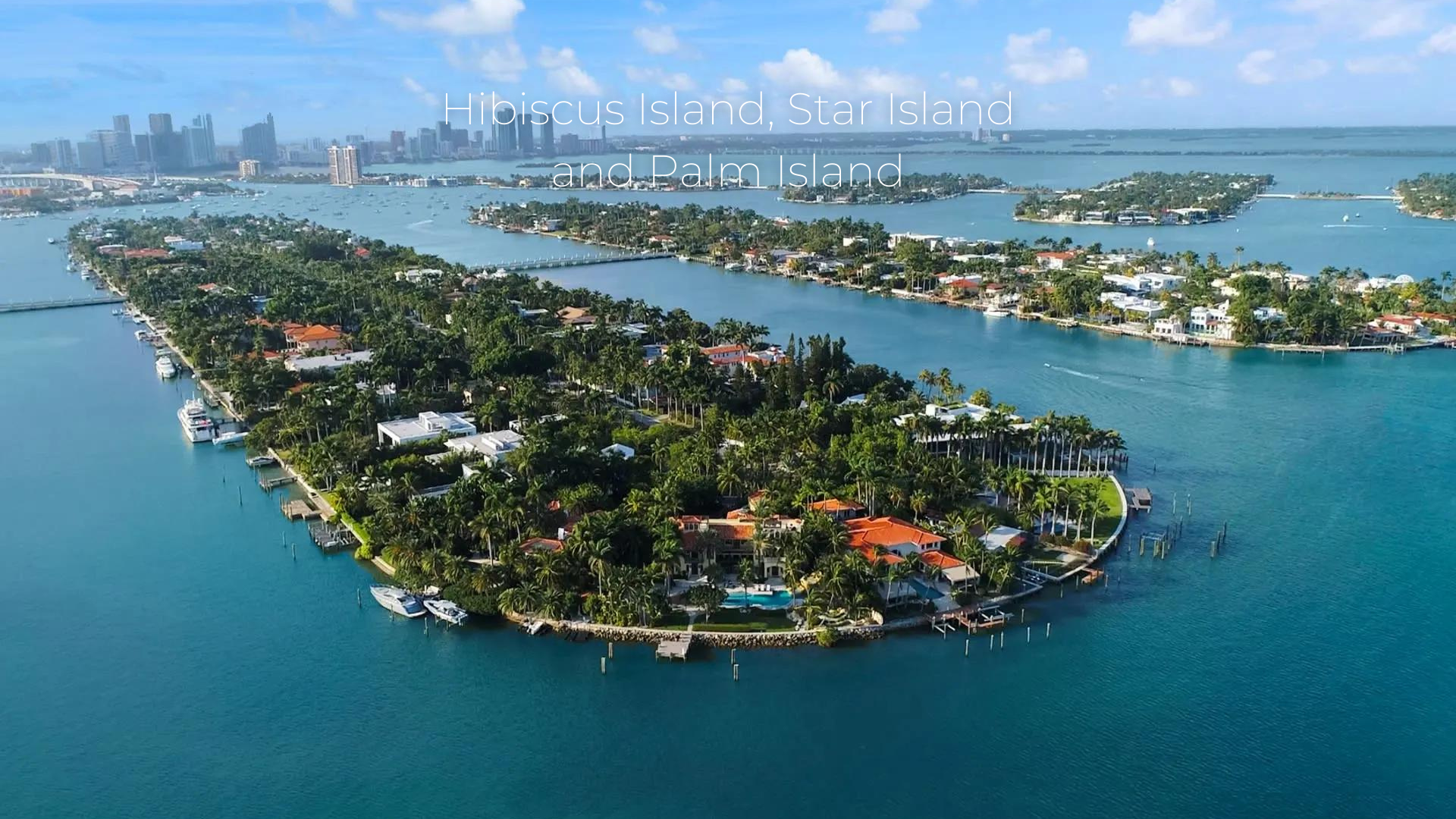 This unique group of islands is situated in Biscayne Bay near the McArthur Causeway, halfway between Downtown Miami and the beach. The international jetset and celebrities are known to own the mansions. On the islands, houses are big and set on big lots. Star Island is the most exclusive island. 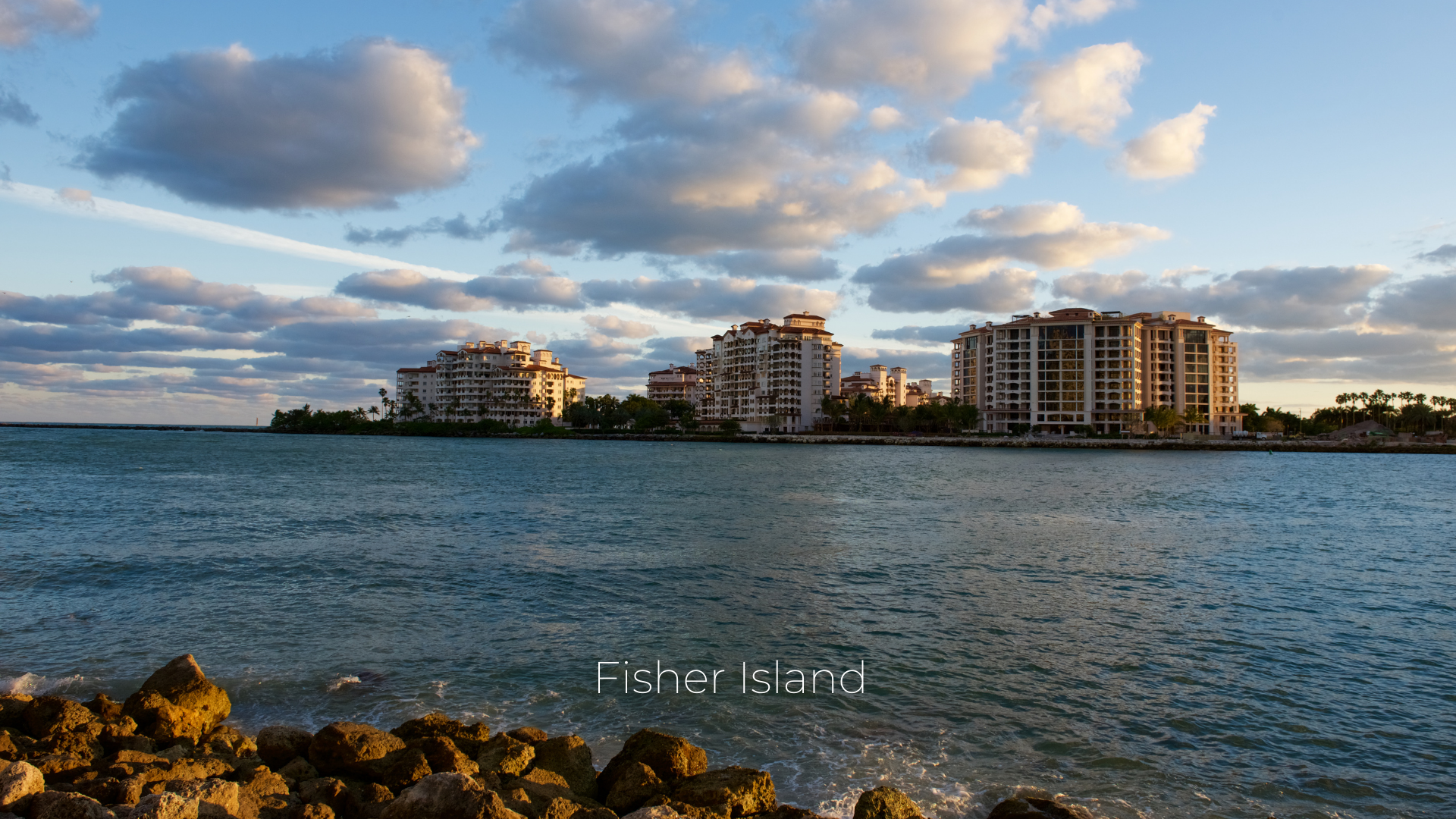 Fisher Island has to be included even though this article focuses primarily on Miami gated communities for single-family houses. One of Miami's most exclusive and secluded enclaves is undoubtedly this island. Only inhabitants of Fisher Island may invite visitors to the island, which is only accessible by helicopter or ferry. Fisher Island is self-governing and features a marina, school, golf course, tennis courts, and round-the-clock security. The richest zip code in the country is Fisher Island, which draws many New Yorkers searching for a main house in Miami. 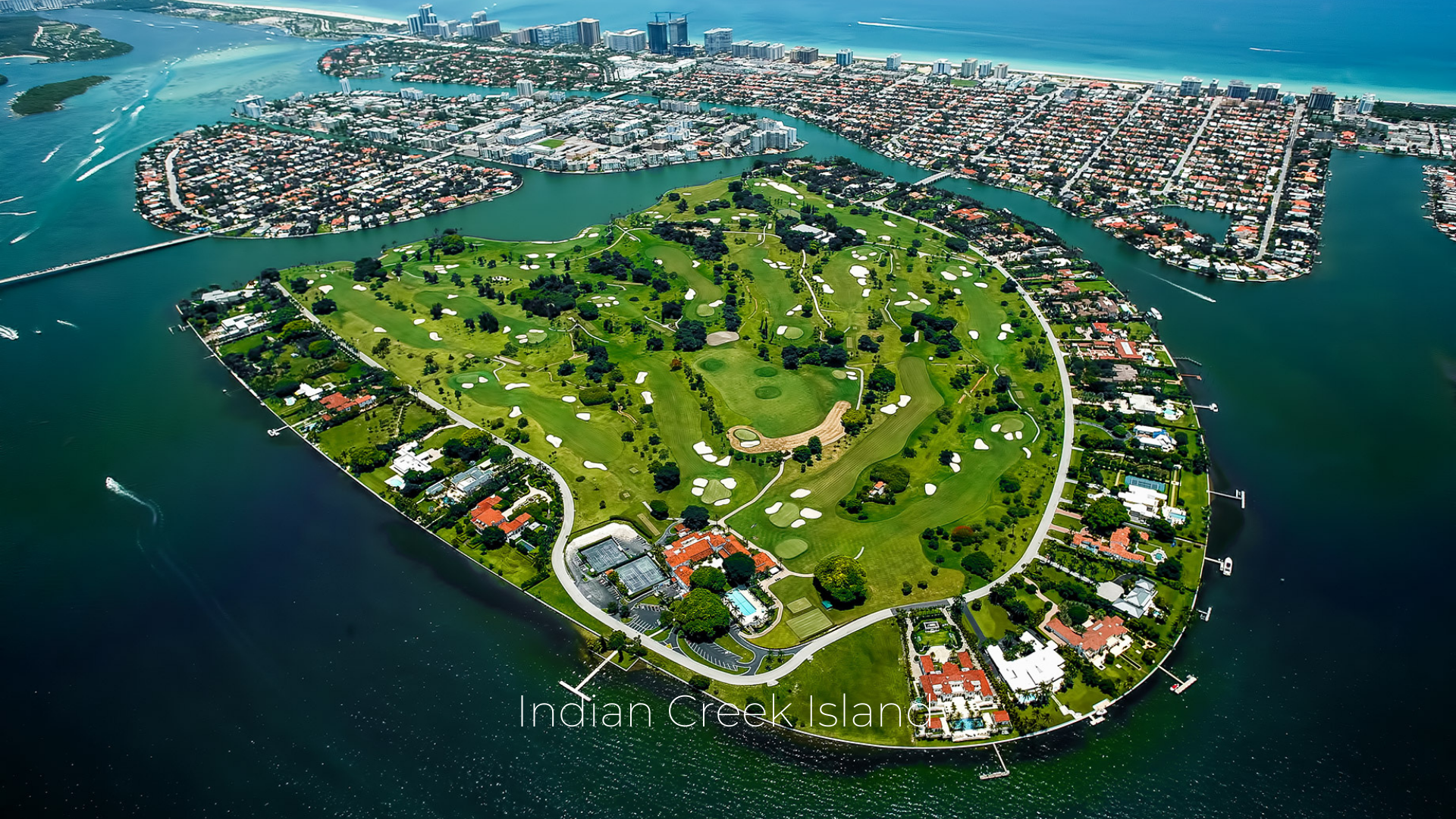 The 18-hole golf course on Indian Creek Island, a 250 acre private island with only 40 homes, is among the greatest in the country. Indian Creek, one of Miami's most prestigious neighborhoods known for its enormous waterfront residences, is frequently referred to as the "Billionaire Bunker" and tops Zillow's list of most expensive streets in the USA with an average property value of $21.48 million.

Maximum protection is provided to the highly safe neighborhood by police patrols conducted round-the-clock on a boat, vehicle, and jet ski. 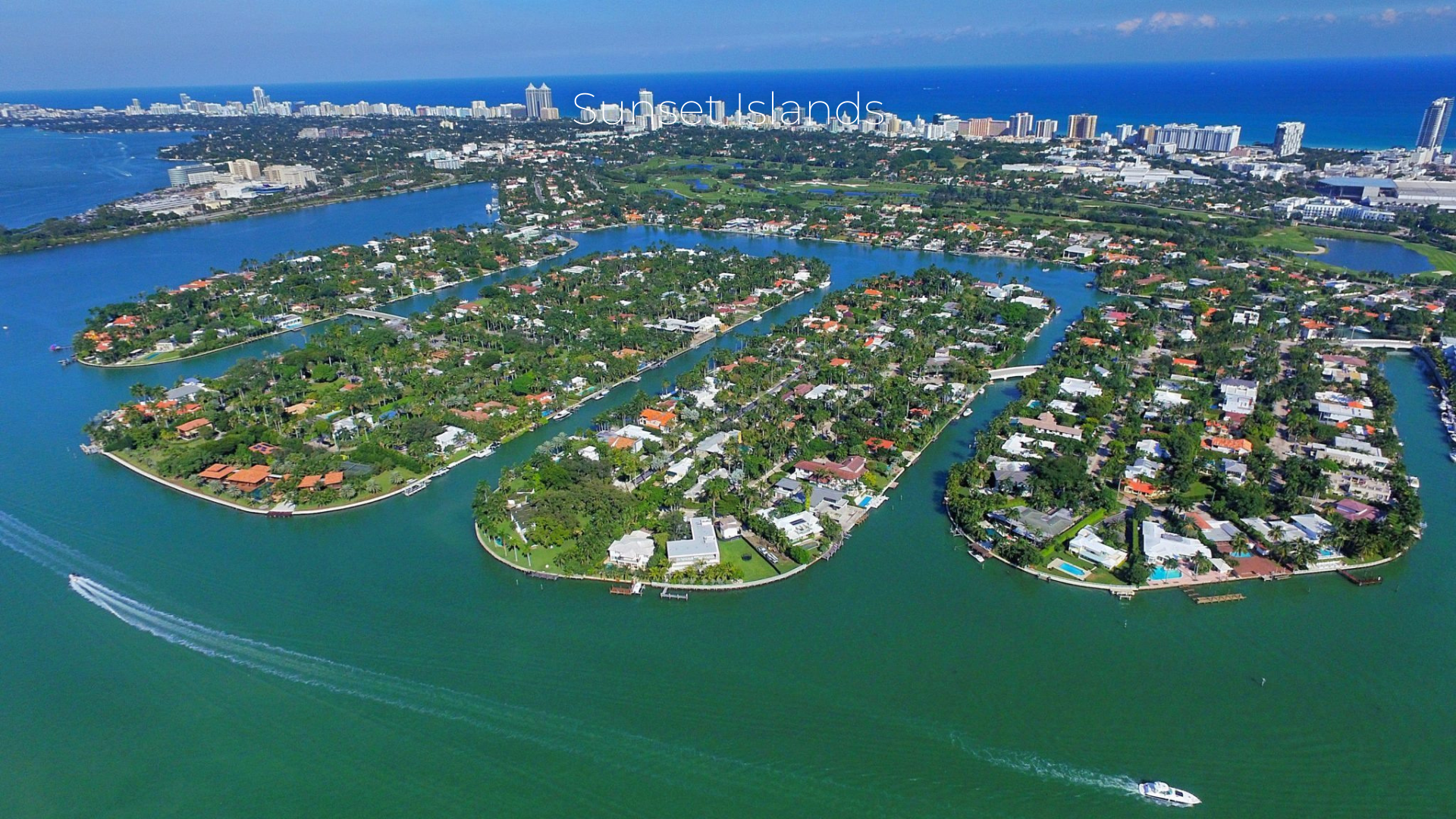 A quartet of islands known as the Sunset Islands are situated in Biscayne Bay next to the Venetian Islands. The 24/7 guard gated community of the island group offers exceptional real estate in a prime location, making it one of Miami's most sought-after residential neighborhoods.

Each island contains between 50 and 80 residences. 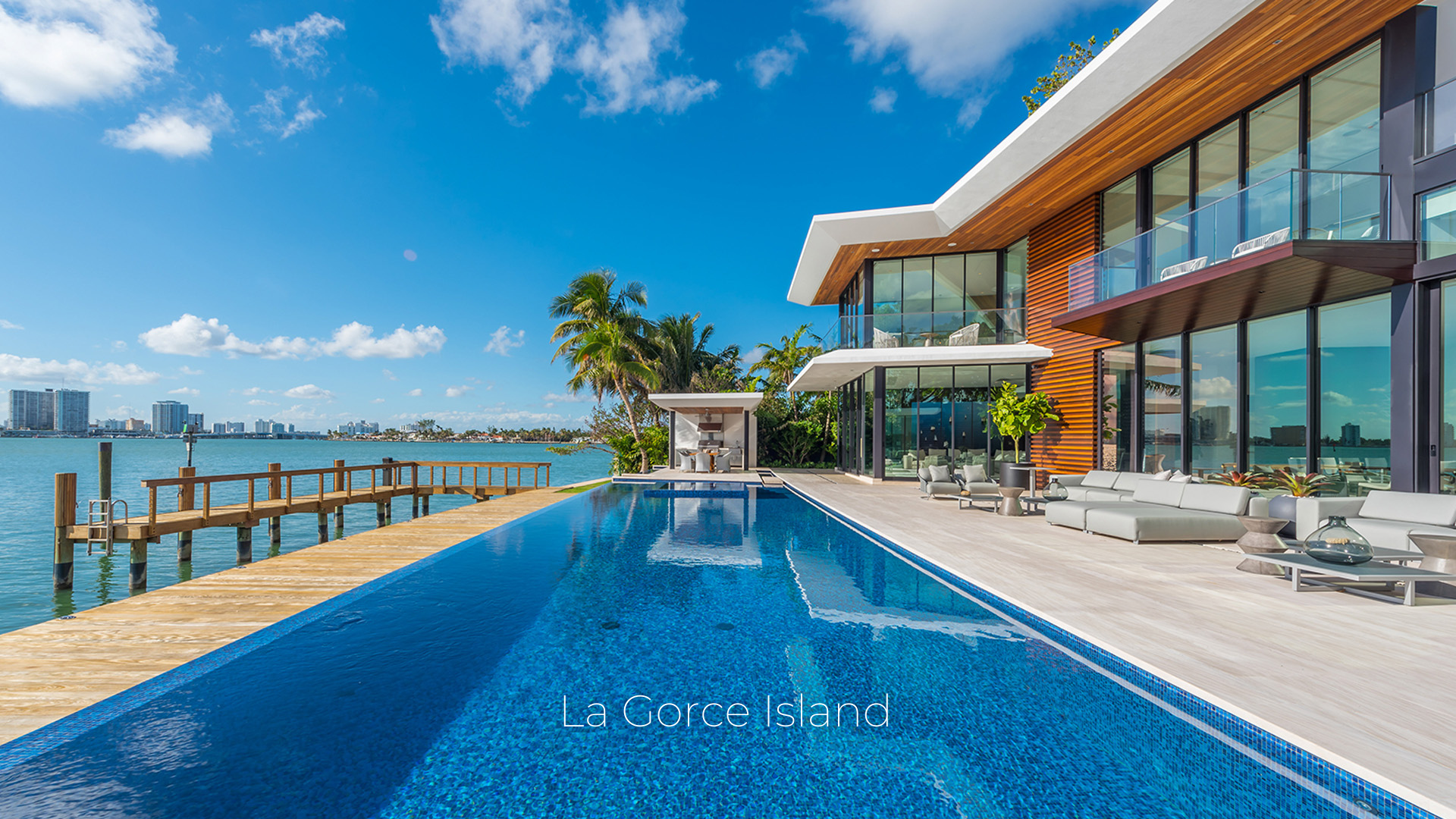 In Biscayne Bay, there is a guard-gated island community called La Gorce Island. The island is tropical and beautiful, and there are many different types of houses on big lots. While the majority of the residences are on inner grounds, several of the homes are situated on waterfront properties. A boat dock is included with many of the waterfront properties. Homes for sale on La Gorce Island, like those in other island communities, are sought after due to their exclusivity, solitude, and the serenity that comes with island living. In addition to being near the ocean, La Gorce Island is also convenient to major Miami neighborhoods, which makes it popular with purchasers.